This article describes how you can define new tones in the CPT file used by the MP114/118 gateway to disconnect calls.

How to terminate a call on AudioCodes MP114/118 FXO gateways

When the remote telephone hangs up, the PBX/CO doesn't disconnect the call, but instead signals to the gateway that the call is disconnected using one of the following methods:

This is the recommended method. The call is immediately disconnected after polarity reversal or current disconnect is detected on the Tel side (assuming the PBX / CO produces this signal).
Relevant parameters: EnableReversalPolarity, EnableCurrentDisconnect, CurrentDisconnectDuration, CurrentDisconnectDefaultThreshold, and TimeToSampleAnalogLineVoltage.

The call is immediately disconnected after Reorder / Busy / Dial tone is detected on the Tel side (assuming the PBX / CO generates this tone). This method requires the correct tone frequencies and cadence to be defined in the Call Progress Tones file. If these frequencies are unknown, define them in the CPT file (the tone produced by the PBX / CO must be recorded and its frequencies analyzed). This method is slightly less reliable than the previous one. The procedure below shows how to add a tone to the Call Progress Tone file.
Relevant parameters: DisconnectOnBusyTone and DisconnectOnDialTone.

A digit pattern that when received from the Tel side, indicates to the gateway to disconnect the call.
Relevant ini file parameter: TelDisconnectCode.

The call is disconnected after silence is detected on both call directions for a specific (configurable) amount of time. The call isn’t disconnected immediately; therefore, this method should only be used as a backup mode.
Relevant parameters: EnableSilenceDisconnect and FarEndDisconnectSilencePeriod.

Add a tone to the Call Progress Tone file

To add a tone to the CPT file, take these steps: 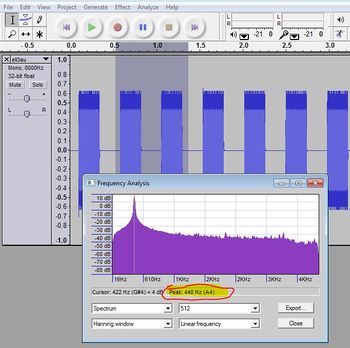 Converting a CPT ini File to a Binary dat File

The procedure below describes how to convert a Call Progress Tones (CPT) ini file to a binary *.dat file, using the TrunkPack Downloadable Conversion Utility(DConvert). The DConvert software is coming with the MP114/118, or it can be downloaded from the download site. For detailed information on creating a CPT ini file, refer to the About the Call Progress Tones File paragraph below.

To convert a CPT ini file to a binary dat file, take these 10 steps: 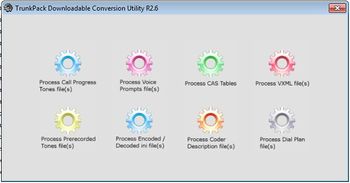 About the Call Progress Tones File

The Call Progress Tones (CPT) used by the device is a binary file (with file extension dat). This file contains the definitions of the Call Progress Tones (levels and frequencies) that are detected. You can either use one of the supplied device auxiliary (dat) files or create your own file. To create your own auxiliary file, it's recommended to modify the supplied usa_tone.ini file (in any standard text editor) to suit your specific requirements, and to convert the modified ini file into binary format using the TrunkPack Downloadable Conversion Utility. The procedure on how to convert CPT ini file into a binary dat file is described above.

You can create up to 32 different Call Progress Tones, each with frequency and format attributes. The frequency attribute can be single or dual-frequency (in the range of 300 to 1980 Hz), or an Amplitude Modulated (AM). In total, up to 64 different frequencies are supported. Only eight AM tones, in the range of 1 to 128 kHz, can be configured (the detection range is limited to 1 to 50 kHz). Note that when a tone is composed of a single frequency, the second frequency field must be set to zero.

The format attribute can be one of the following:

The Call Progress Tones section of the ini file comprises the following segments:

For example, to configure the dial tone to 440 Hz only, enter the following text: