NOTE! It will not be possible to install package from AlphaSys 10.44 and above on systems with package 10.42 and below. You will need install 10.43 before continuing to higher versions. A mechanism for blocking installation of package>=10.44 on package<=10.42 is implemented, but it is not possible to make a good message to the user since these package already are made. The user will get an 'corrupted package' message.

A package info table will be presented comparing the selected and installed software. The row Board Support (AlphaSys) Compatibility presents both the required AlphaSys package, and Board Support package. If there is some compatiblity issues the data cells for the row will be colored red, and a warning text will be presented bellow the table. In addition a 'Tooltip' text can be presented when moving the cursor over the data cell in the table. This text will fetched from the package info file within the package. This allows a customized text for each package generated (See figure below). 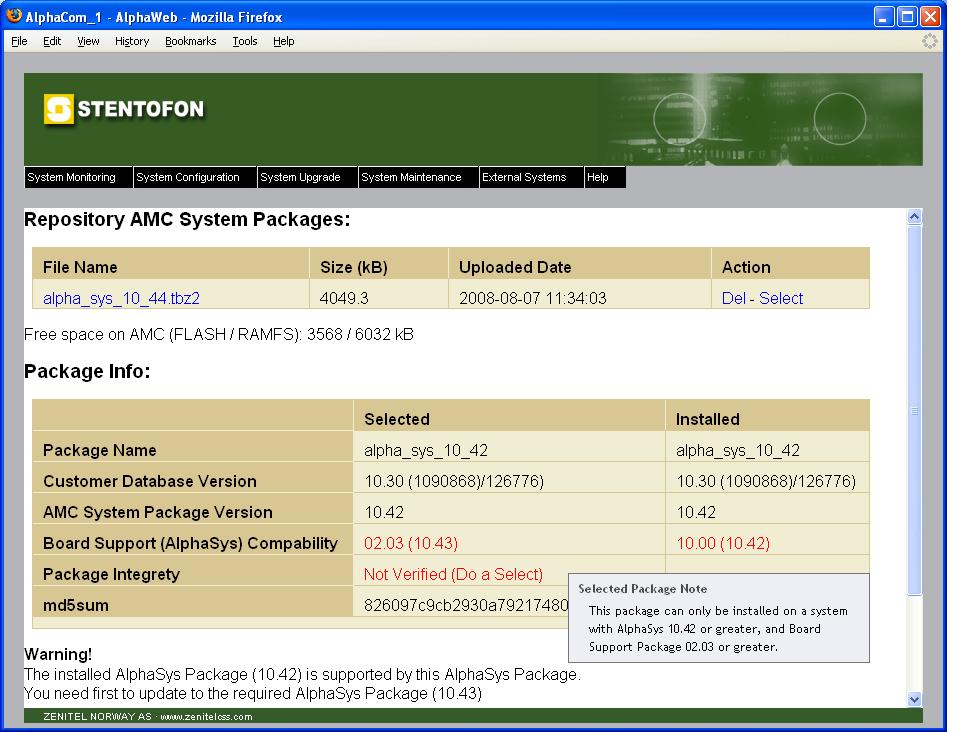