The AlphaCom can be interfaced to non-selective mobile radio systems via an FBSAR board, an IP-ARIO or through a Turbine Extended kit (TKIE), hereafter called the interface. The audio coming from the mobile radio gateway is distributed to the intercom stations in the AlphaCom by using the simplex conference feature. A user can listen to the radio conference by dialing the appropriate conference directory number 8201 - 8250. Any number of stations can listen in. The M-key of the station works as a PTT button. A user can press the M-key to talk back to the radio and to all other stations listening to that radio conference. When the M-key is pressed an RCO is operated. The RCO triggers a relay, which is used for keying the radio transmitter. Restrictions can be set on which stations are allowed to do talkback, and which stations are allowed to listen only. 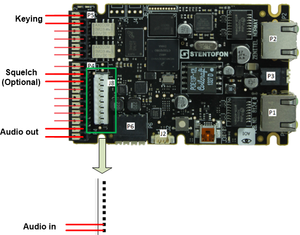 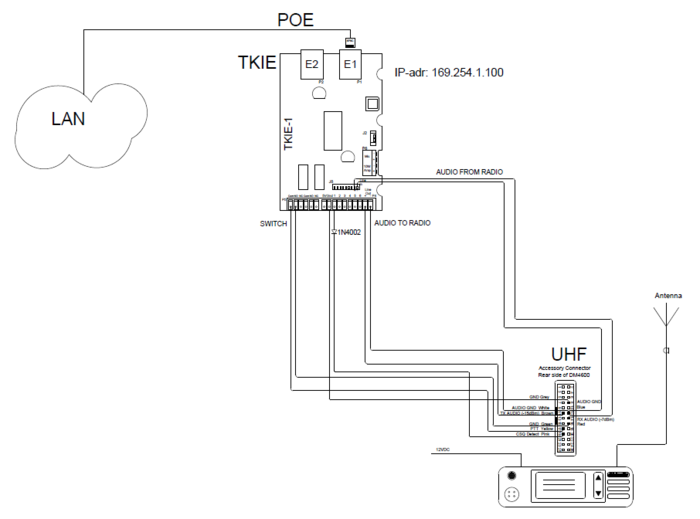 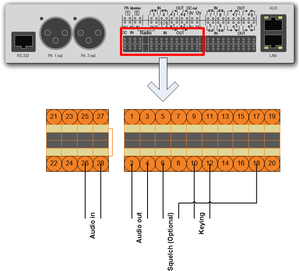 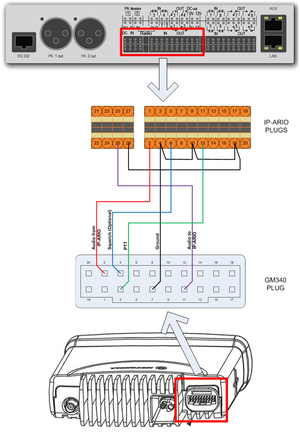 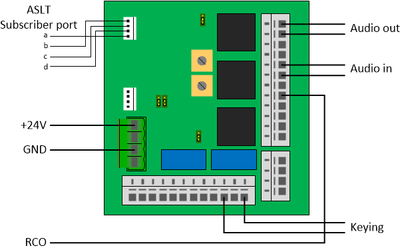 Interfacing to Mobil Radio using the FBSAR board

The IP-ARIO and the TKIE must be configured to register to the AlphaCom through the IP network. 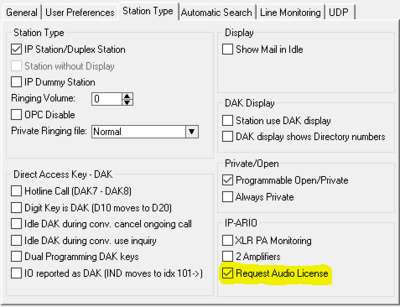 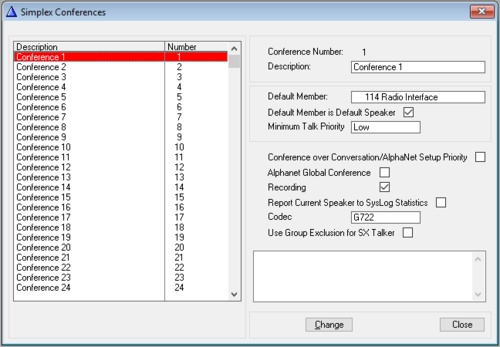 Set the interface as 'Default Speaker' in a Simplex Conference 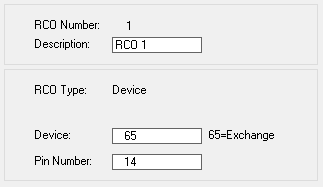 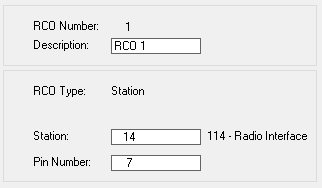 The RCO is configured in the Event Handler. In the Users & Stations window, highlight the interface in the listbox, and select the button Events. Press Insert to create an event with the following parameters (here RCO 1 is used as an example): 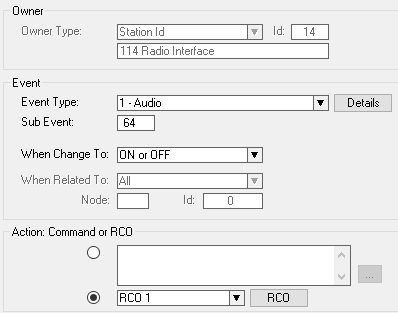 Event for operating the RCO

Each Simplex Conference has a 'Minimum Talk Priority' setting, with four levels available:

Each station has a similar 'SX Conf. Talk Priority' setting (Users & Stations -> User Preferences tab) which must be higher than the setting of the conference, else the station can only listen to that conference. 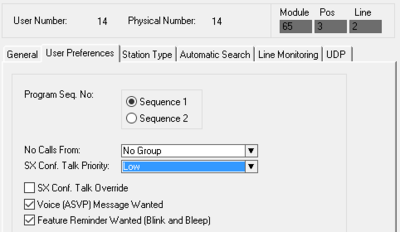 Restriction on talkback is controlled by the 'SX Conf. Talk Priority' setting