Zenitel offers the TA-22B Cable/plug box and the headset AK5850HS, but you can also choose to use a 3rd-party headset.

The headset is connected to the pinheader connector J8. There are six connection points: headset speaker, headset microphone and PTT/GND (Press To Talk).

There are two modes of headset operation. The mode is set from the stations web interface. 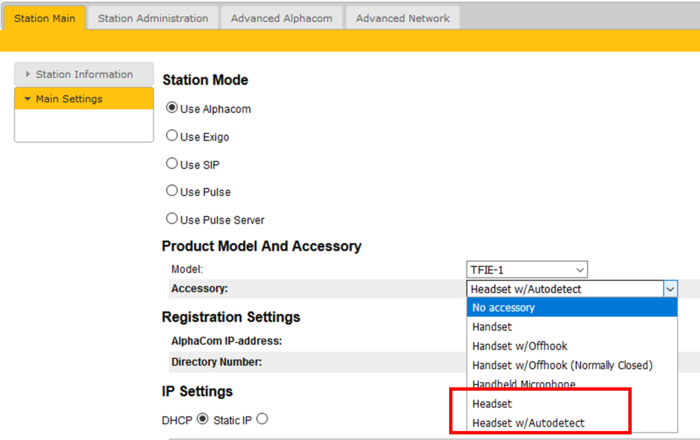 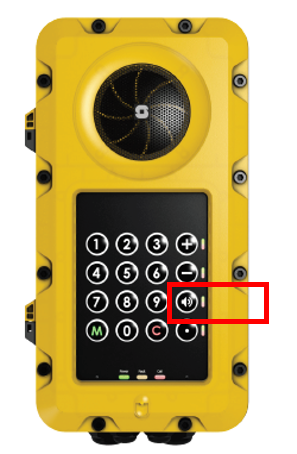 Toggle Button in the TFIE-1 station

When "Accessory" is set to "Headset", the station is by default in loudspeaking mode, i.e. the audio is routed to the speaker and microphone of the front panel of the TFIE station, as well as to the headset speaker. The headset microphone is disabled.

When a call is received, the headset mode can be activated in two ways:

The "Toggle" button lets you toggle between loudspeaking and headset mode. The LED in the toggle button shows the status:

When the TFIE station returns to idle, e.g. when a call is ended, the station will automatically return to loudspeaking mode.

In this mode the audio will be routed to the headset as soon as the headset is physically connected. Audio in the front panel will be muted.

When unplugging the headset, the station will automatically switch to loudspeaking mode.