AlphaNet is Zenitel's internal networking technology made for critical communications. Some of the highlighted features of AlphaNet are:

Up to 254 ICX-AlphaCom servers can be interconnected in AlphaNet. One server can have up to 100 links to other servers.

The following configuration is used in the examples in this article.

In each node you must:

Every AlphaCom node requires an AlphaNet license. The license controls the number of simultaneous calls to and from an AlphaCom. 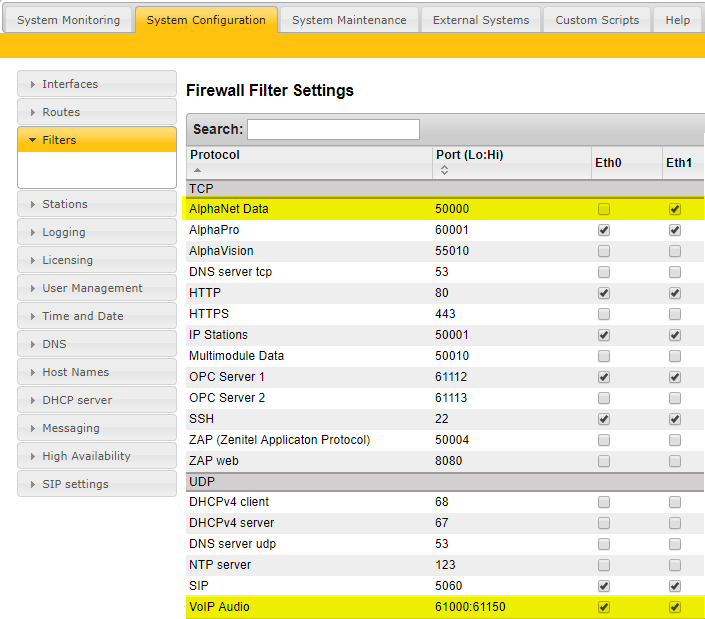 Create all the nodes in the AlphaNet

Create the AlphaNet database and define the first node by clicking the + sign as highlighted below. Give the node a descriptive name and select which network interface to be used to communicate with other nodes. 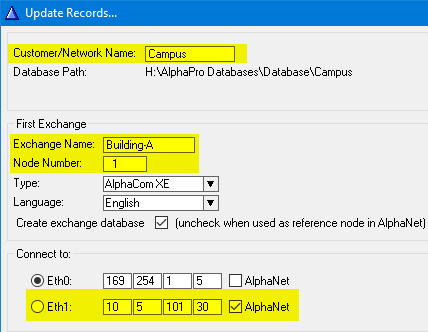 Add more nodes to the database by clicking the + sign as highlighted below. Give the node a descriptive name and select which network interface to be used to communicate with other nodes. 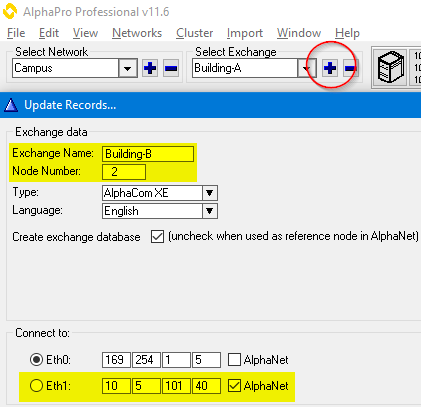 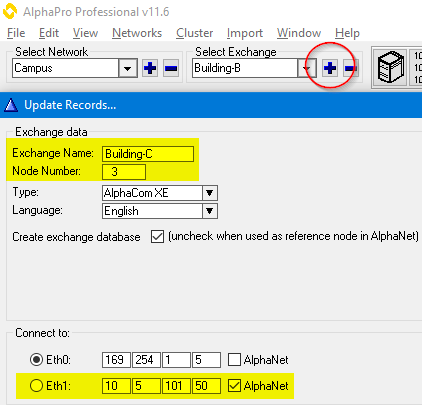 Routing must be specified from all nodes to all nodes. For each node: 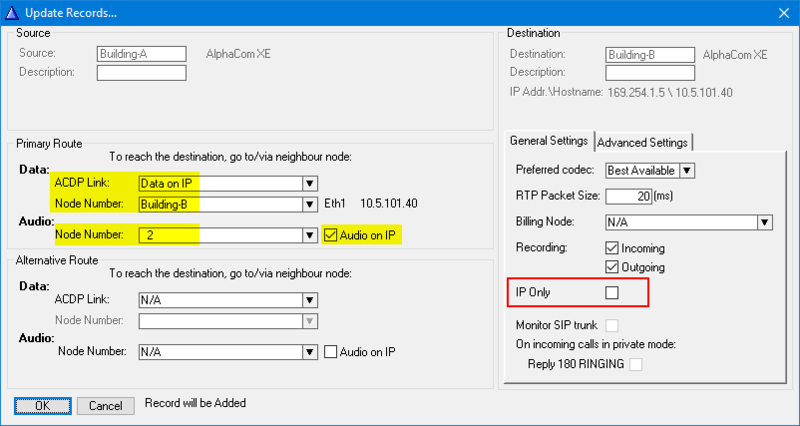 In the case of Transit Routing, where the Remote nodes are connected via a Central Node, you need to direct the traffic via the Central Node. 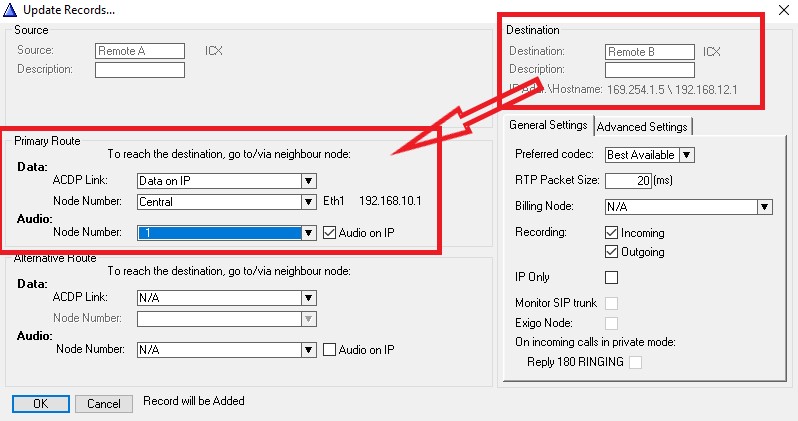 Calling from station A in one node to station B in another node can be achieved in different ways.

A Global Group consists of one Local Group from each node

Each node broadcasts its own global group membership to the other nodes after:

In this way each node knows which global groups the other nodes are members of.

Setting Visibility = “Cluster Global” on a User in node 1...

...will automatically create a Global Number (feature 83) in node 2 (and all other nodes in the cluster)

It is possible to create Global Numbers for many (or all) Users in one operation: 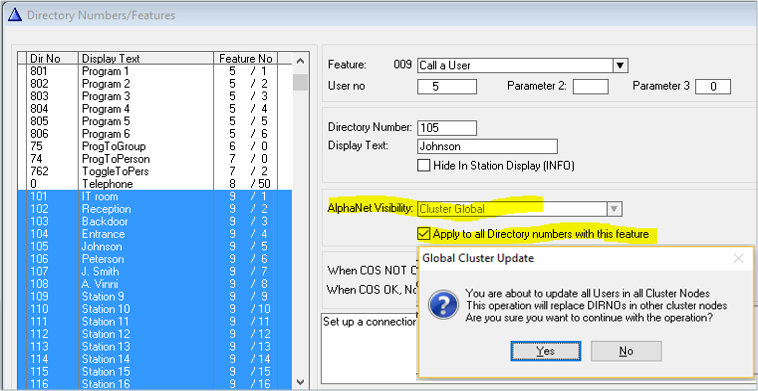 Instead of creating the same local feature in every node, do it once:

...and a copy will automatically be created in all other nodes in the cluster.

Static Licenses are typically used in:

Each VoIP channel is identified by a virtual physical number:

Each "end node" has a Static 2-line license. The central node has an 8-line Dynamic license

NetAudio configuration in an "End node". A VoIP channel (here 605) is linked to a "Dynamic license" in the Central node 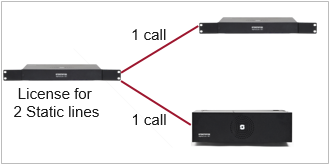 Priority handling of events and resources

All calls and events that are sent between nodes are marked with priority. This allows the system to act upon the priority, presenting and handling the events and calls in the correct order. If a high priority call is set up when all VoIP channels are occupied, AlphaCom will immediately release the call with the lowest priority allowing the high priority call to proceed.

Alternative routing of calls allows call completion even when the primary AlphaNet route is down.

In AlphaWeb, System Monitoring > AlphaNet, some information about the AlphaNet status is listed.

Note: The node with the lowest node number is TCP-Client, the highest is TCP-Server.