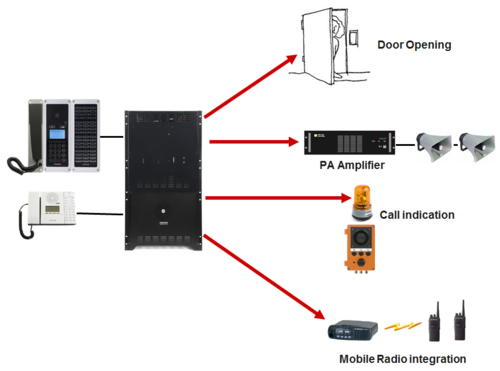 The Remote Control Output RCO’s are used to operate relays for control of external equipment.

Relay outputs are typically used for:

There are several ways to control RCOs. Most common is to use Logical RCOs operated by the RCO command.

The mapping of RCOs is done from AlphaPro, Exchange & System -> RCO window where the logical RCO is assigned to a physical address.

The physical address is given as: 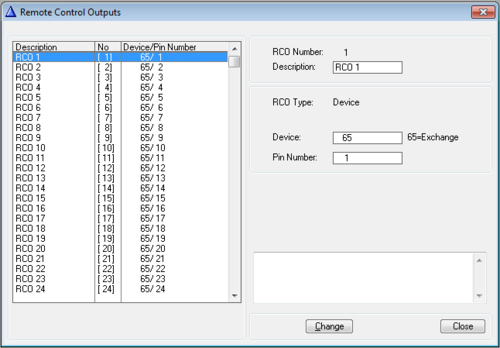 The Event Handler is used to configure the behavior of the RCOs. Here are some examples:

RCO outputs are available on a number of devices:

(x): When the ATLB-12 board is used in AlphaCom XE7 only four RCOs are available